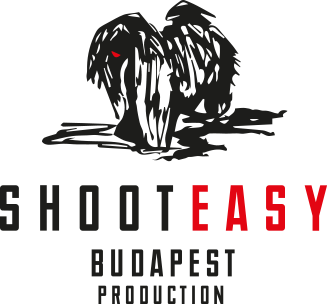 scroll to get started

SHOOTEASY specializes in scripted/non-scripted television productions, feature films and commercials alike, in Budapest, Hungary, and the Central European region. Shooteasy provides a fixer, or fixers, and any other professional crew, gear and locations for your production.

SHOOTEASY is a Budapest based production services and production company, mainly concentrating on the professional demands and requirements of American, European and Asian production houses, companies and agencies.

SHOOTEASY works across all genres in production (documentaries, docurealities, current affairs, light entertainment, commercials, feature films, photography). We take responsibility for all the organizational aspects of production scheduling and budgeting. We assist producers in interpreting and implementing  the directors' visions, both financially and logistically.

SHOOTEASY has the most experienced fixers in Hungary, we know how we can provide the best fixer services and solutions for your production.

What we do and what we did 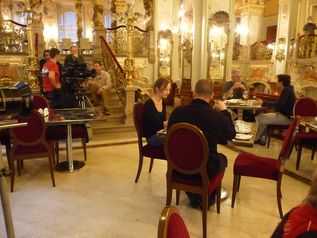 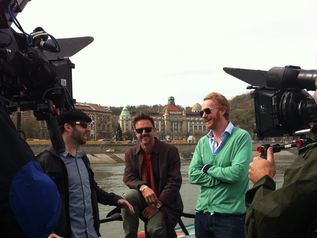 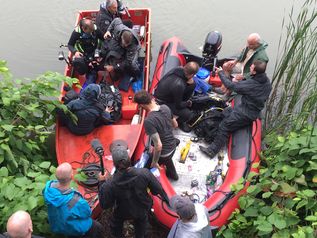 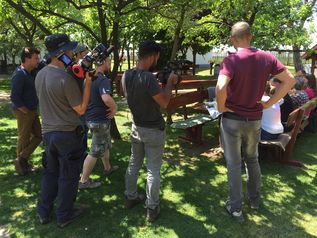 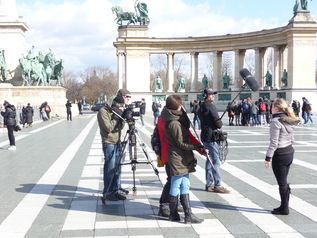 Could I Live There
Karga 7 Pictures
Travel Channel 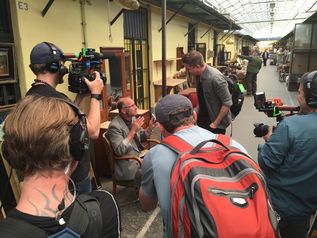 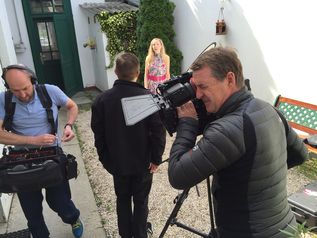 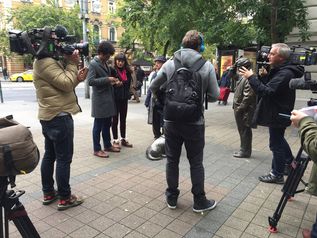 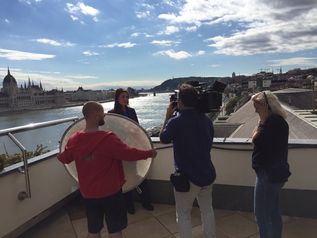 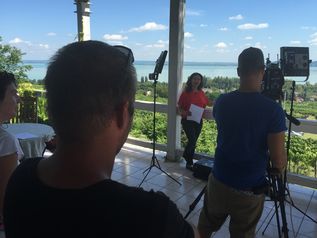 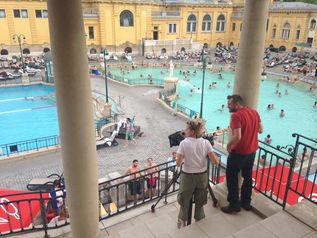 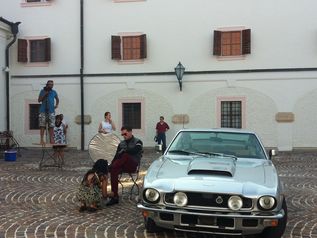 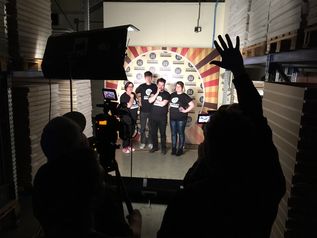 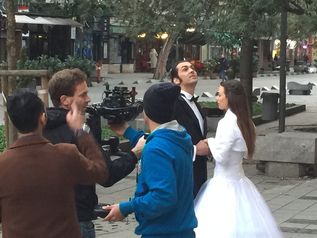 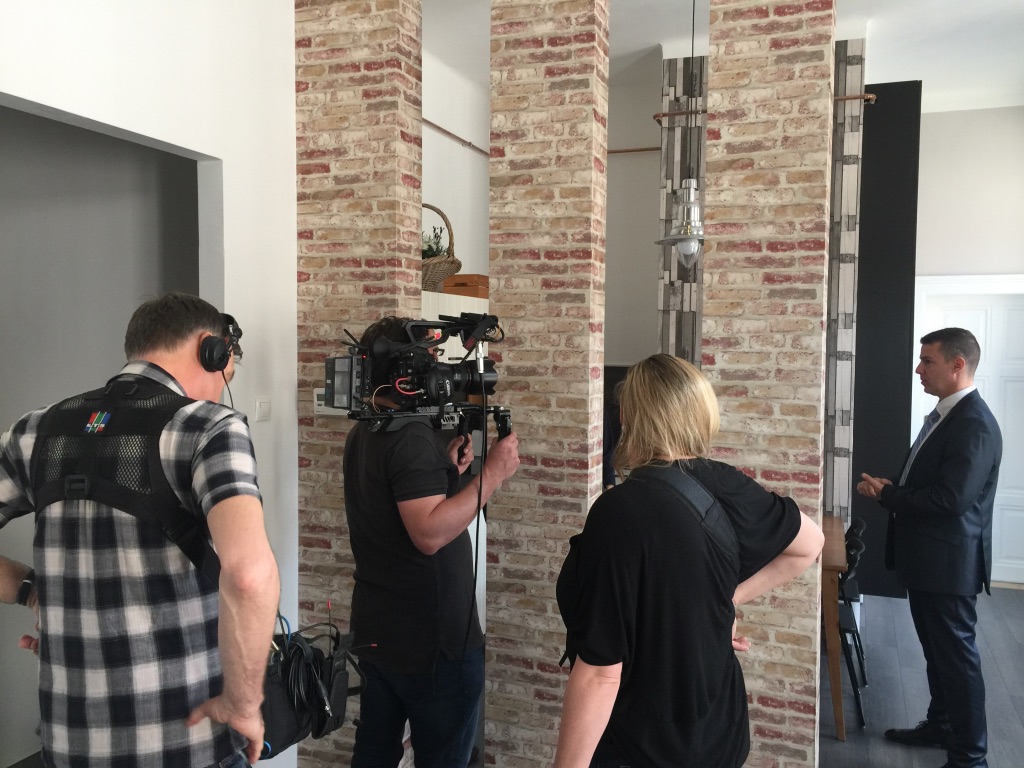 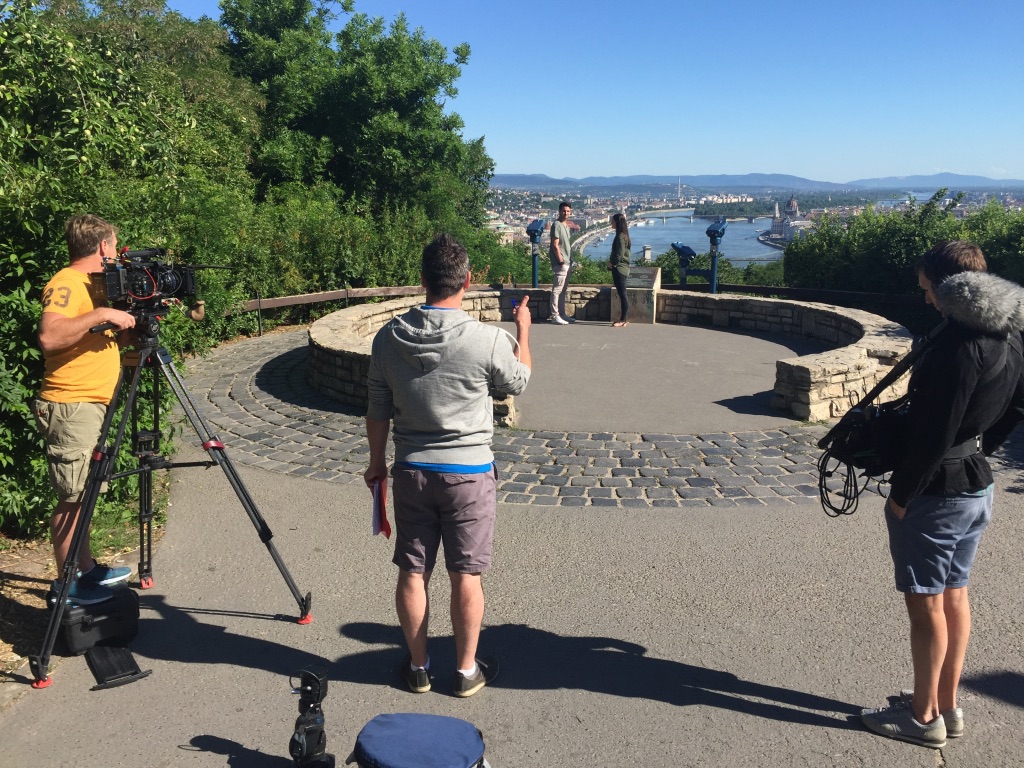 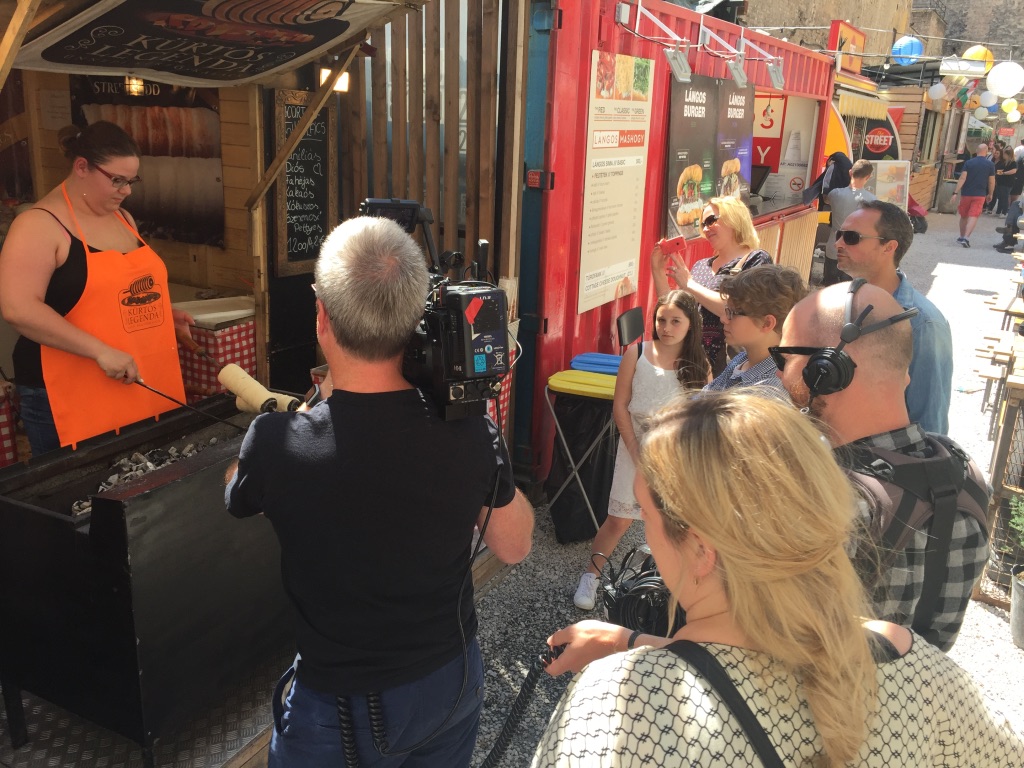 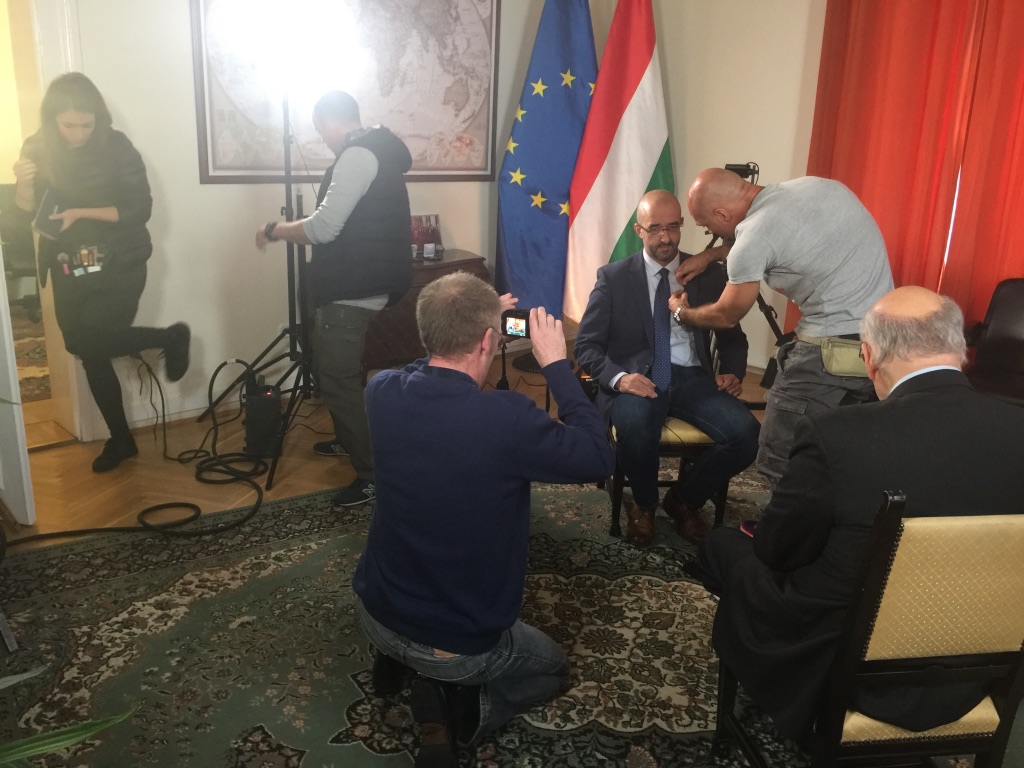 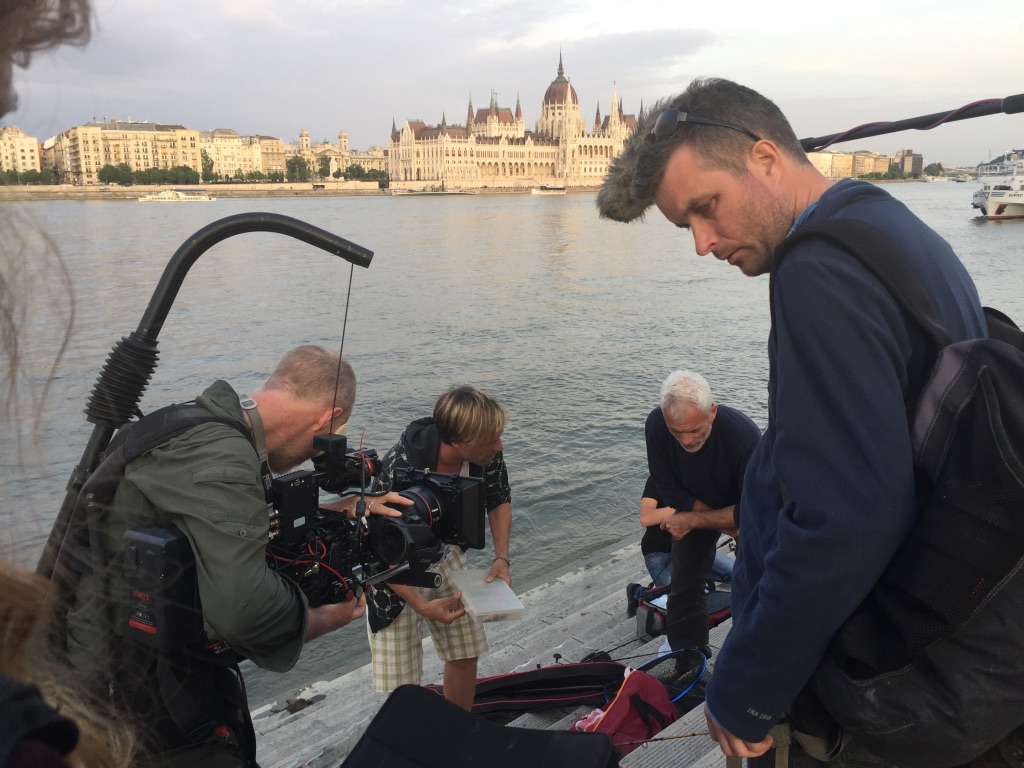 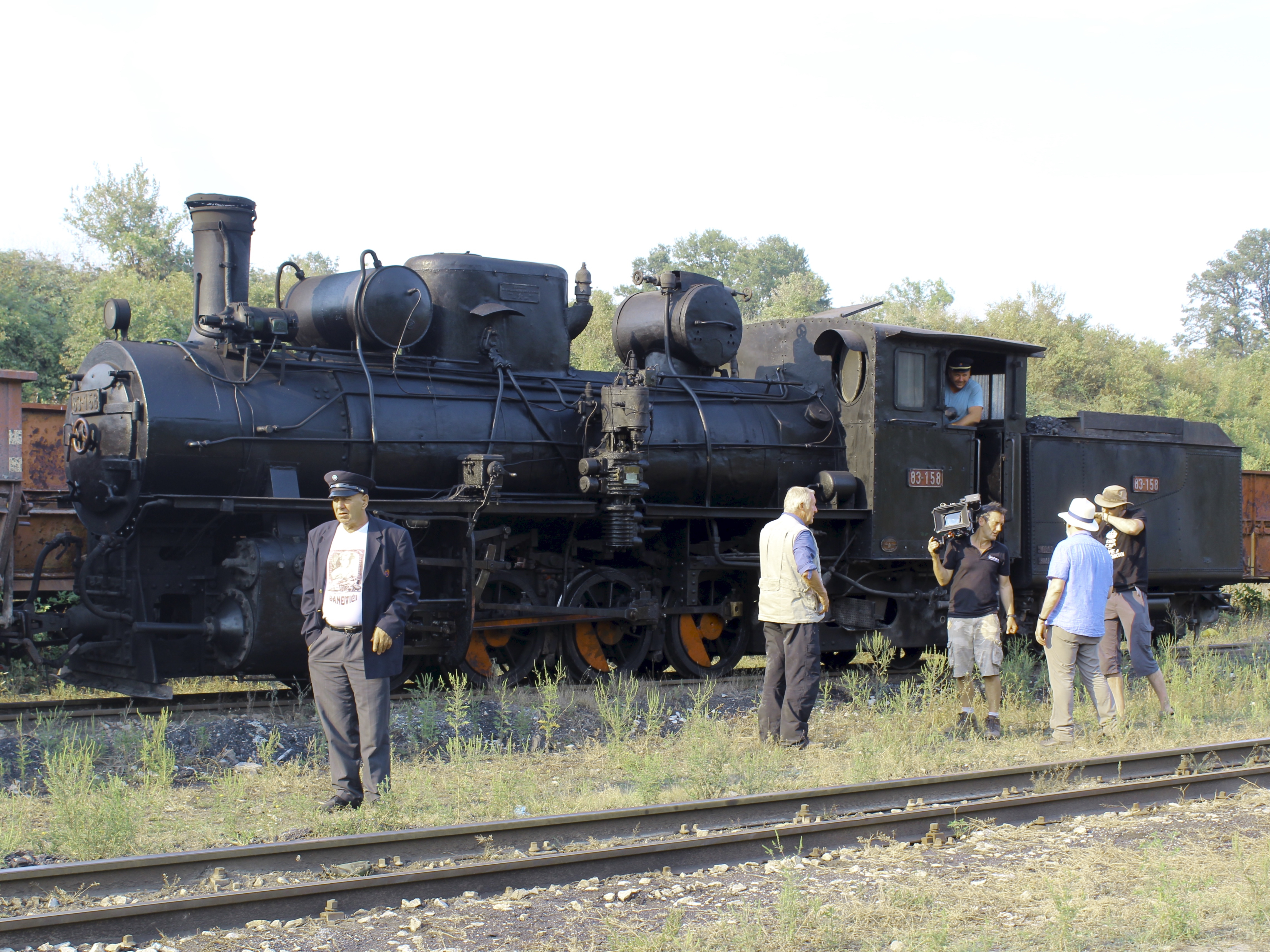 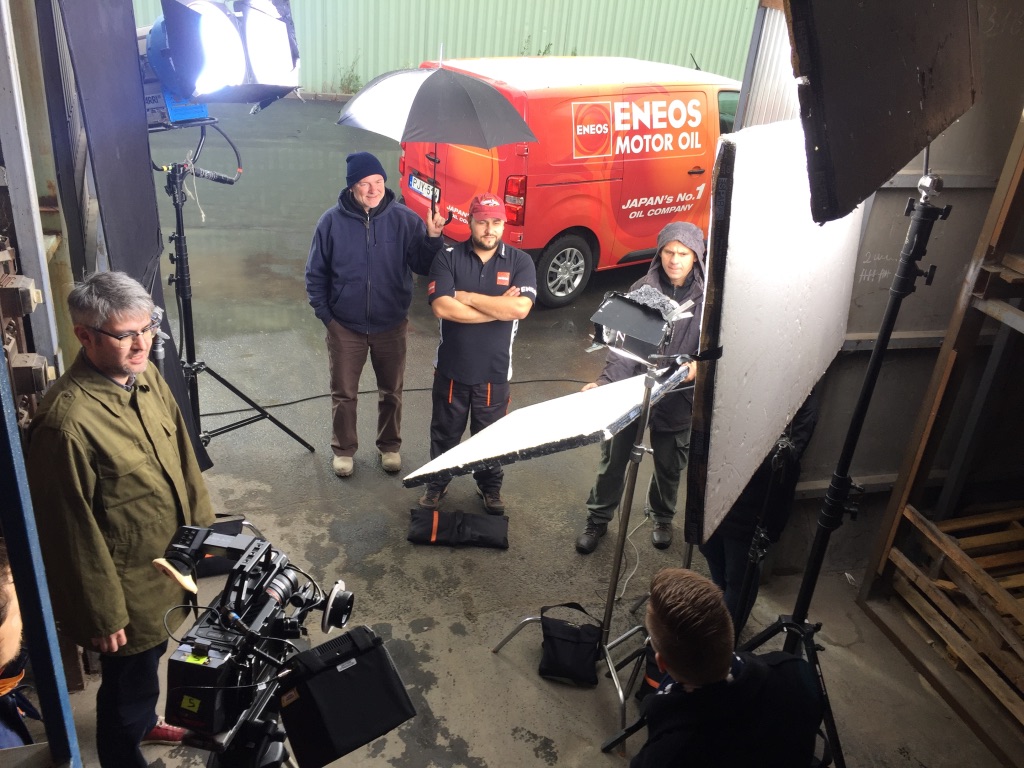 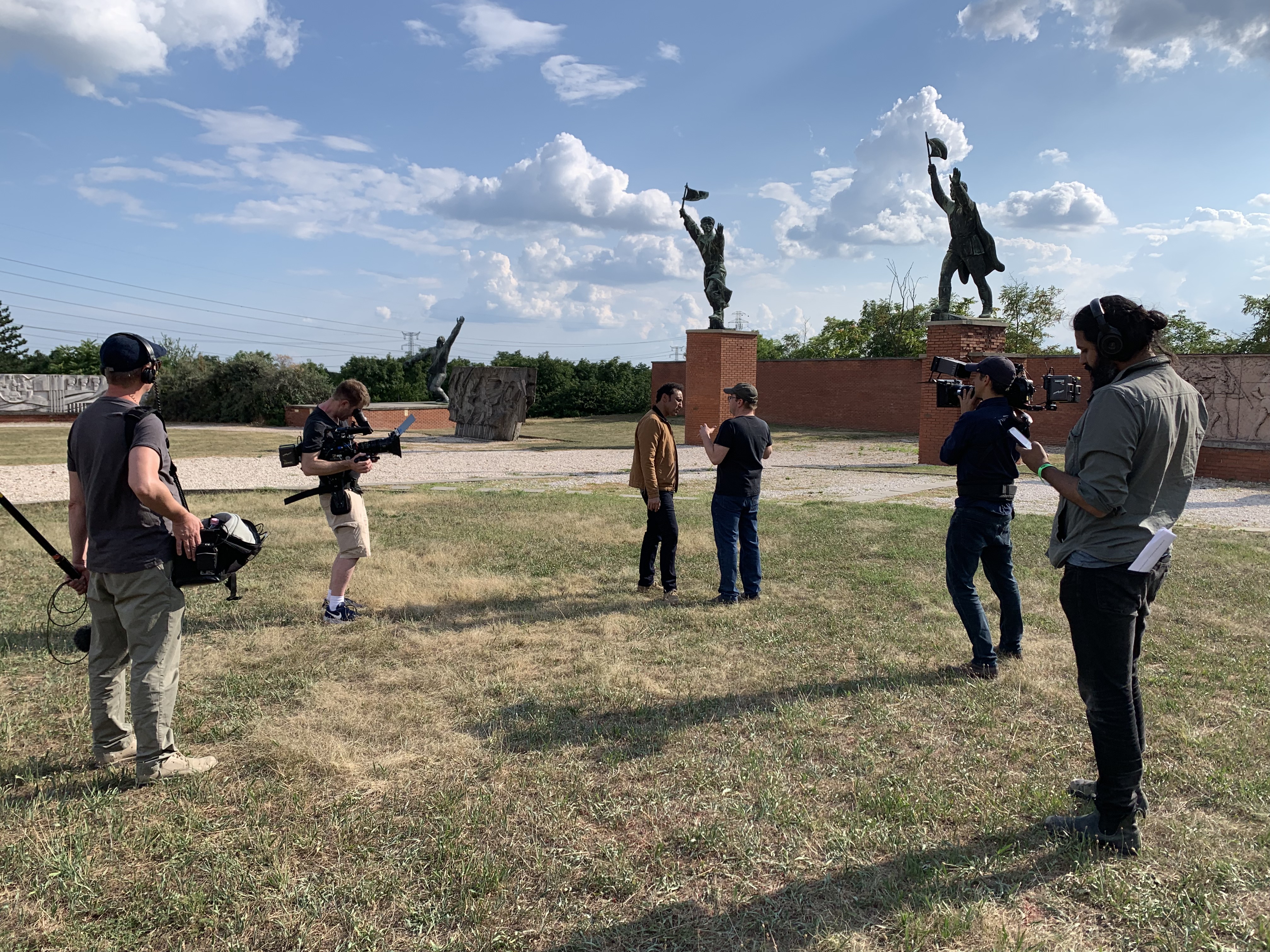 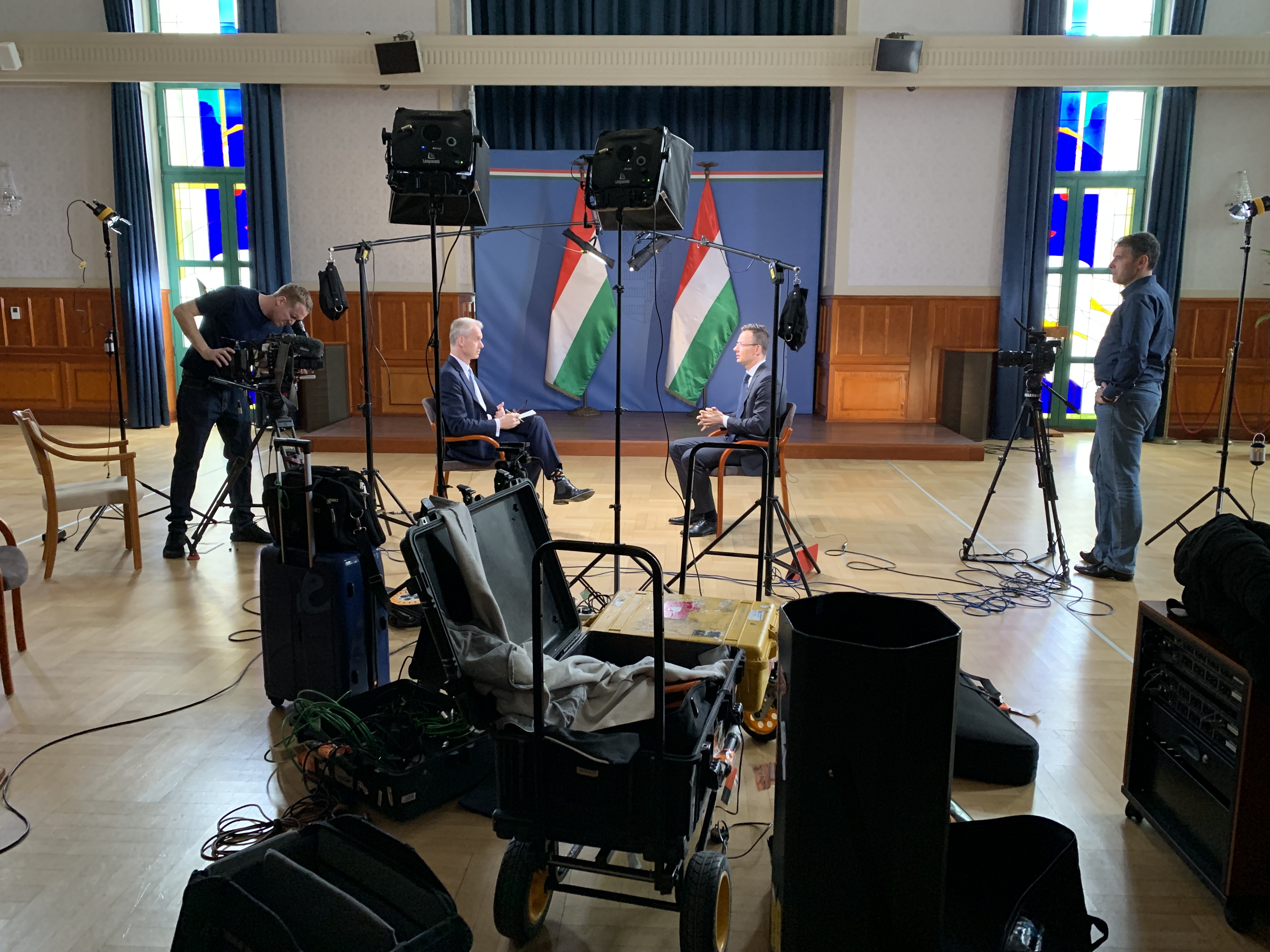 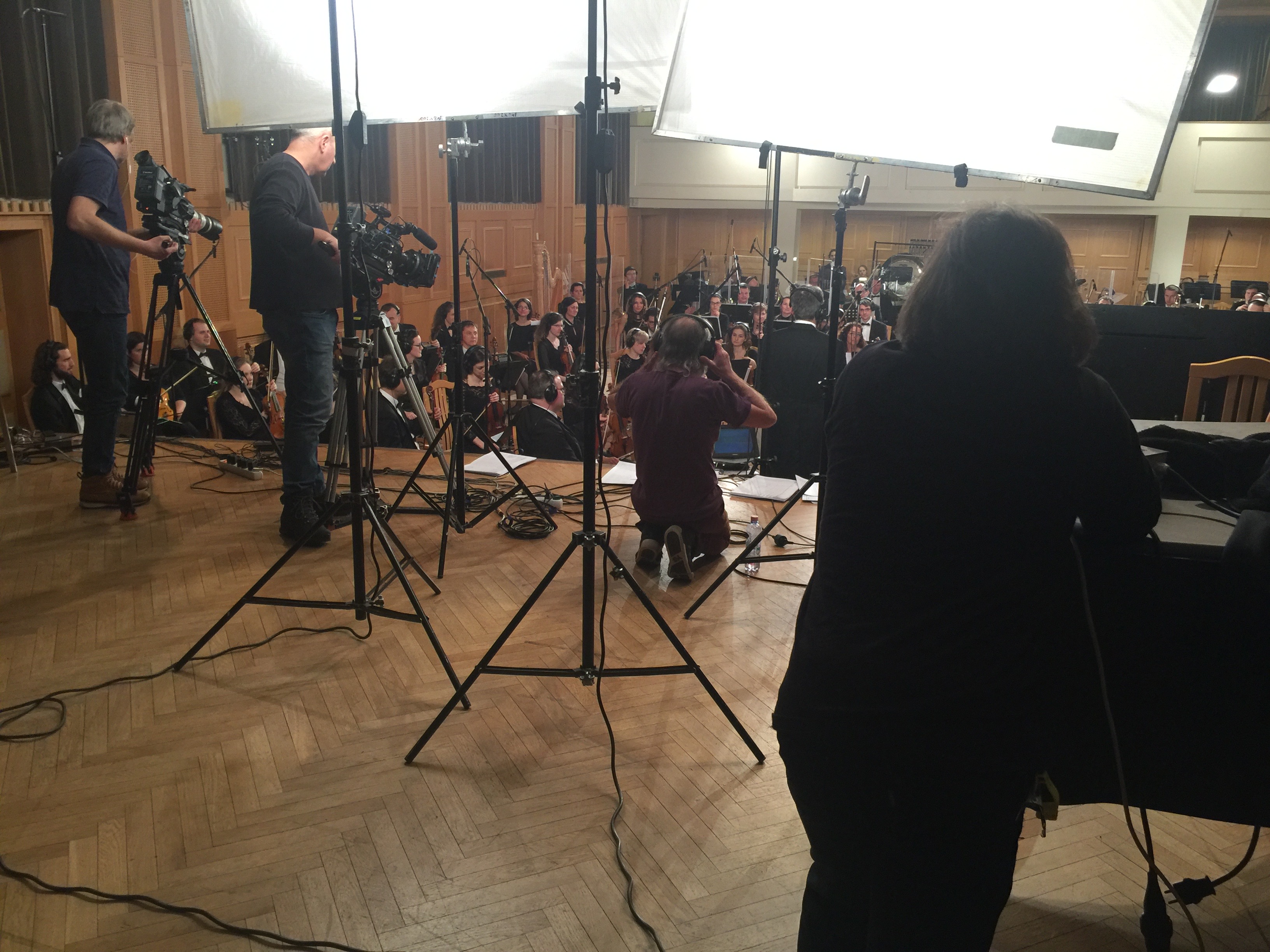 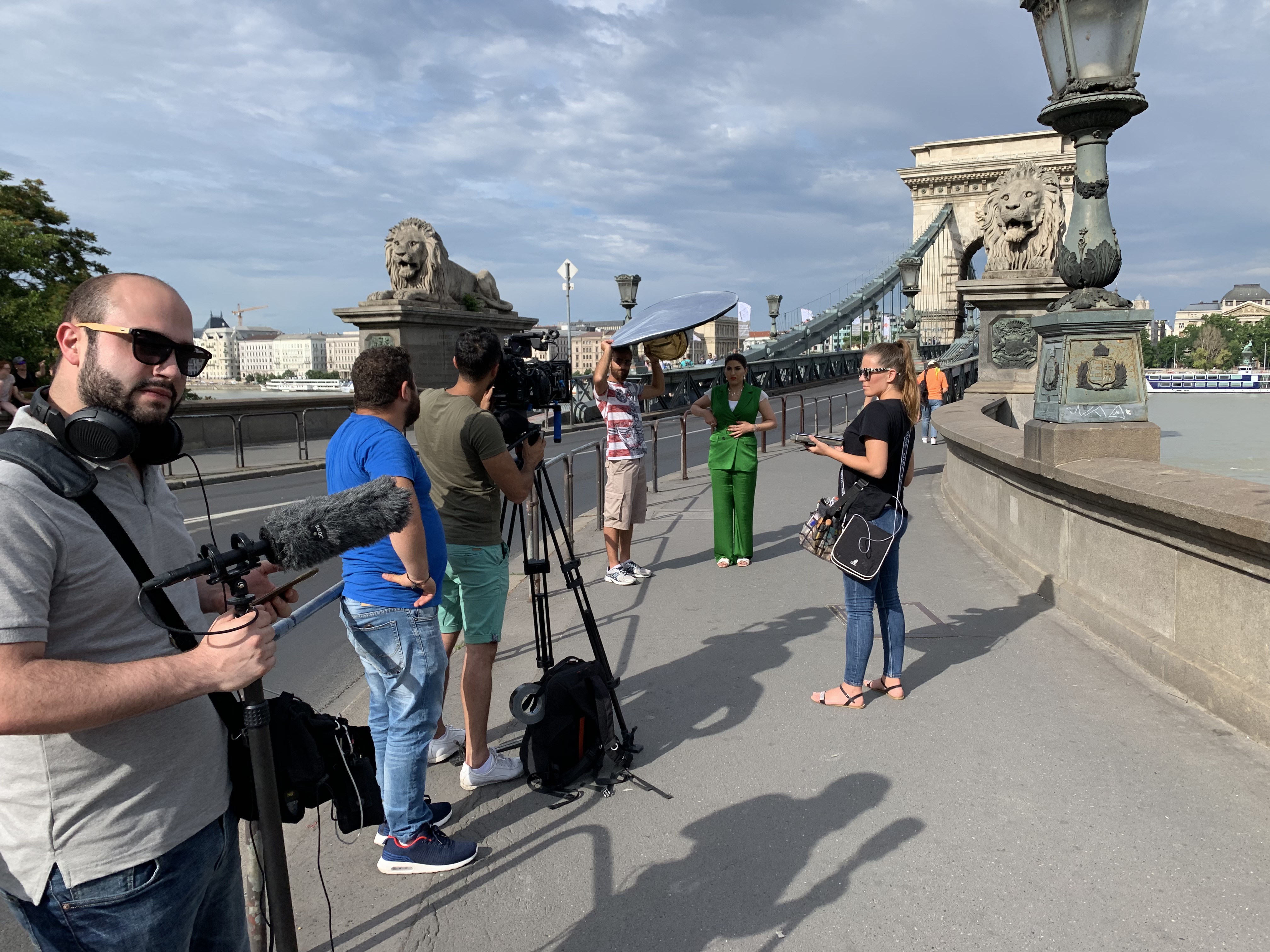 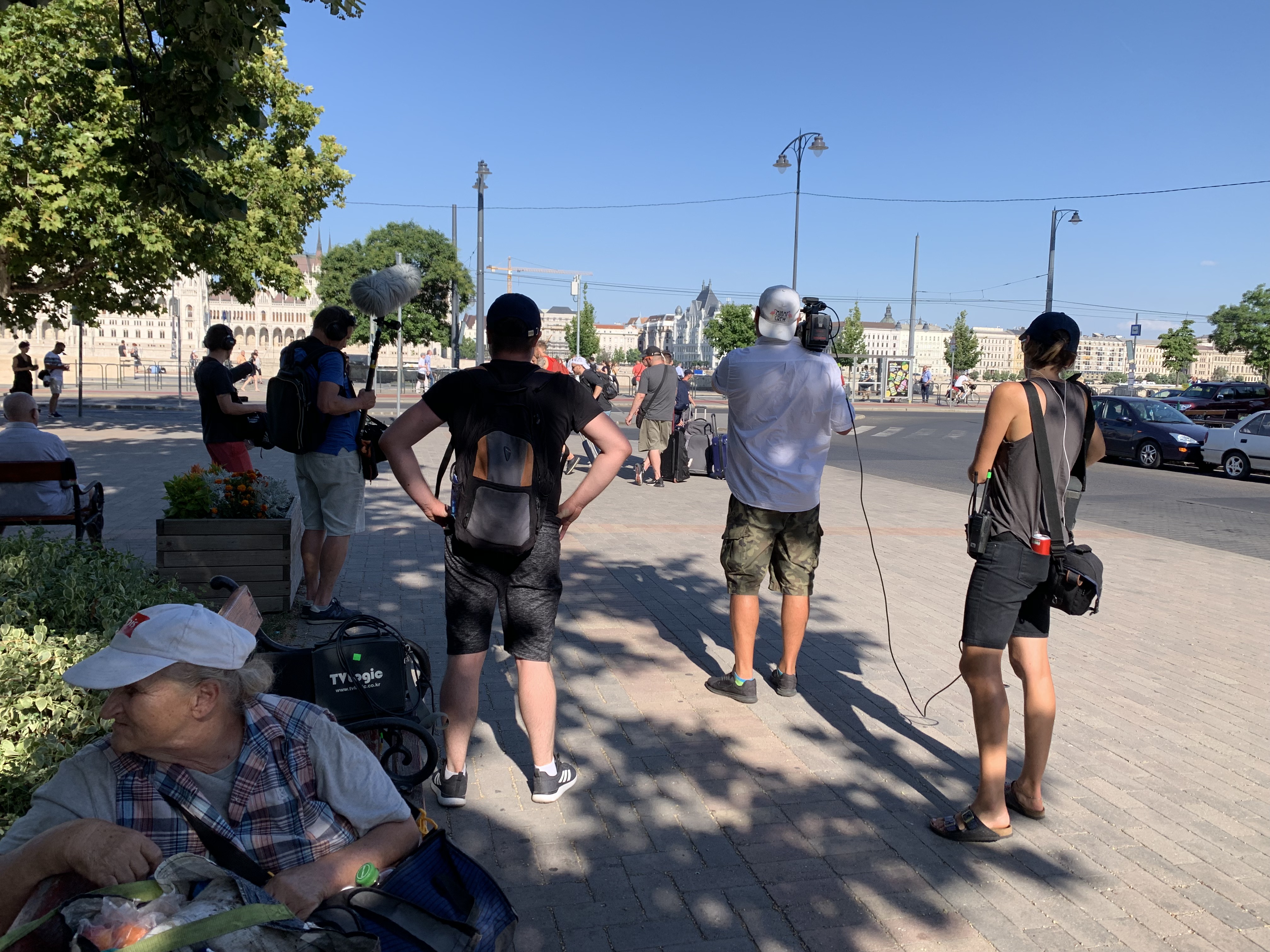 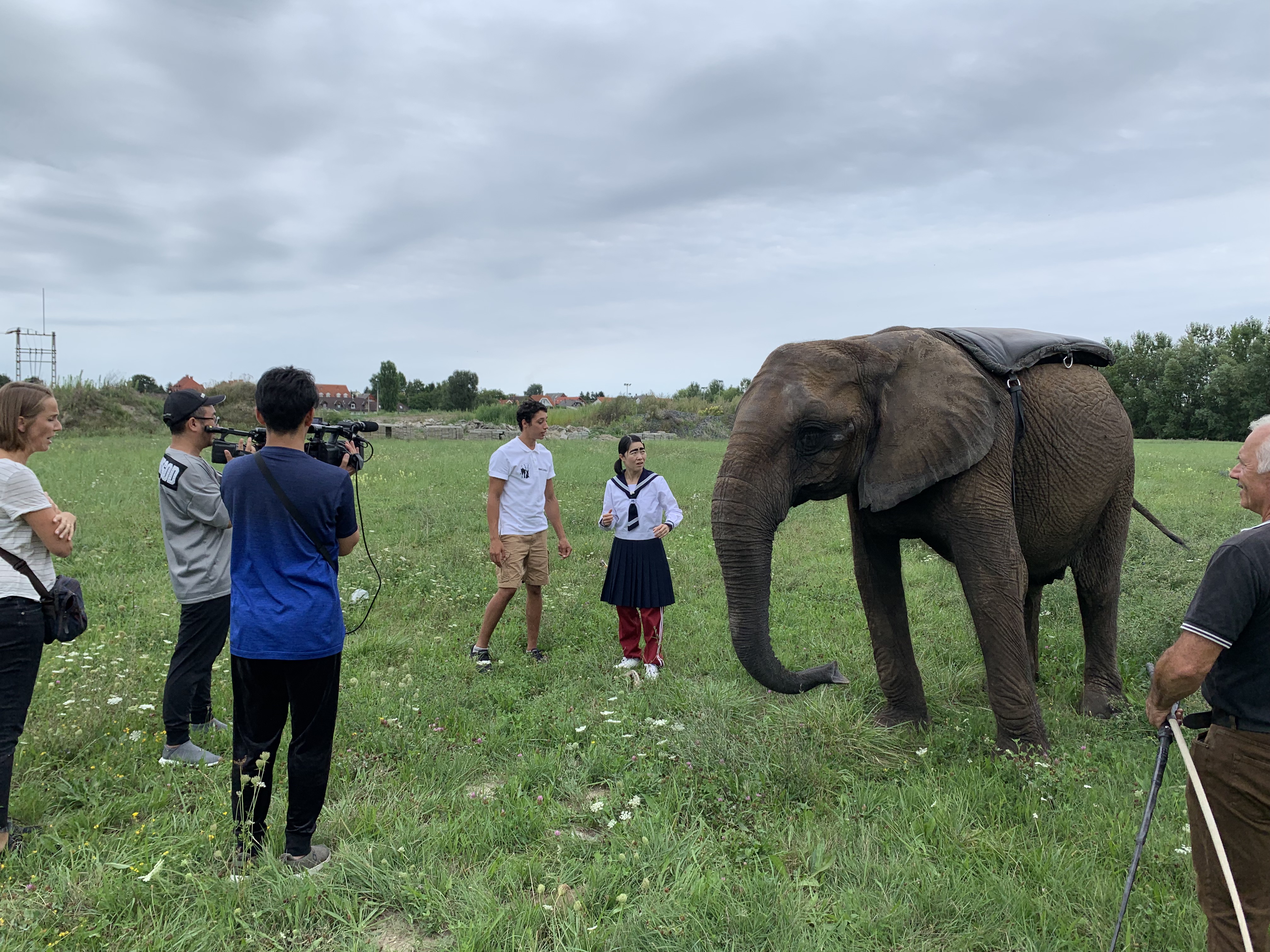 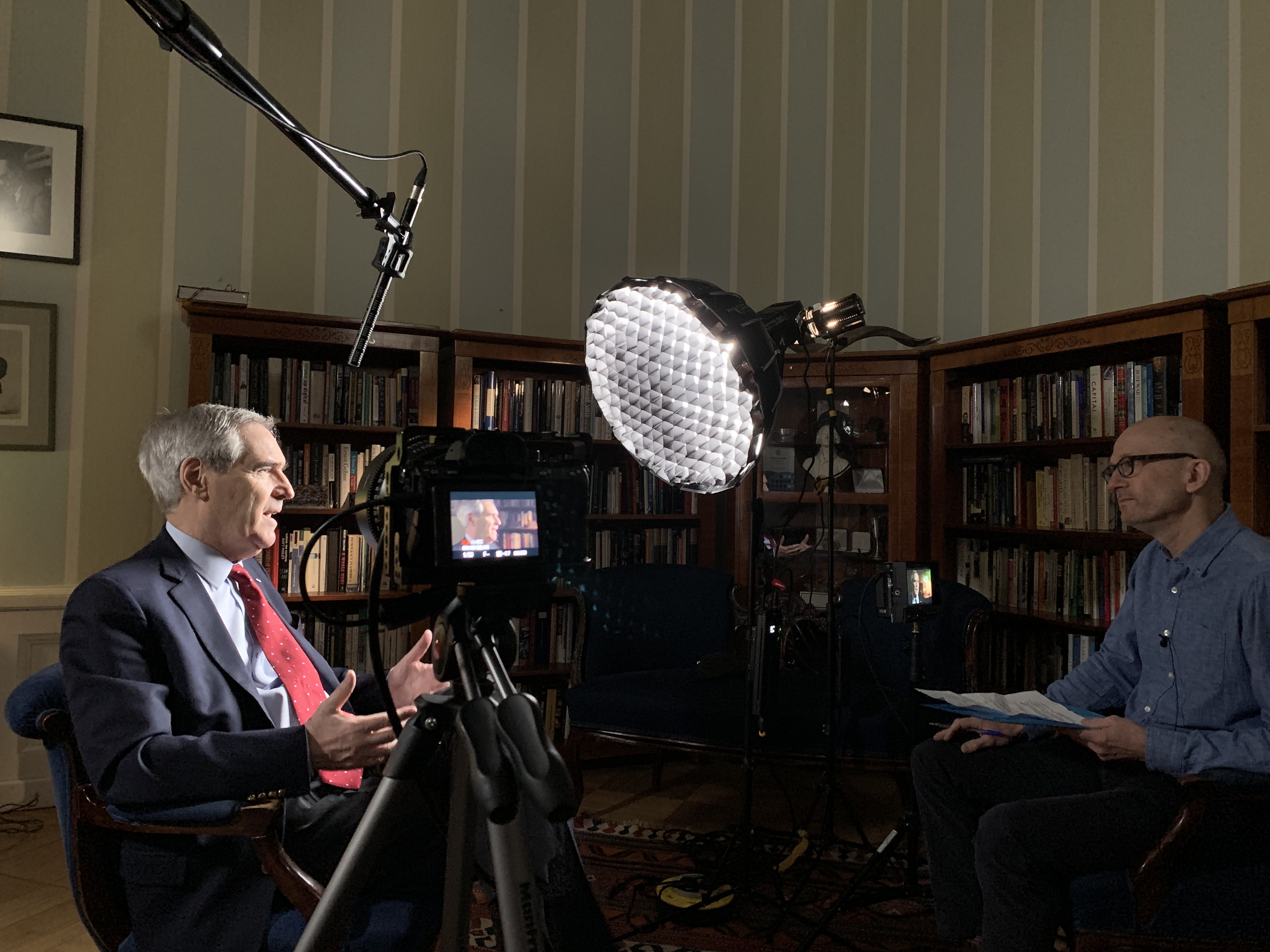 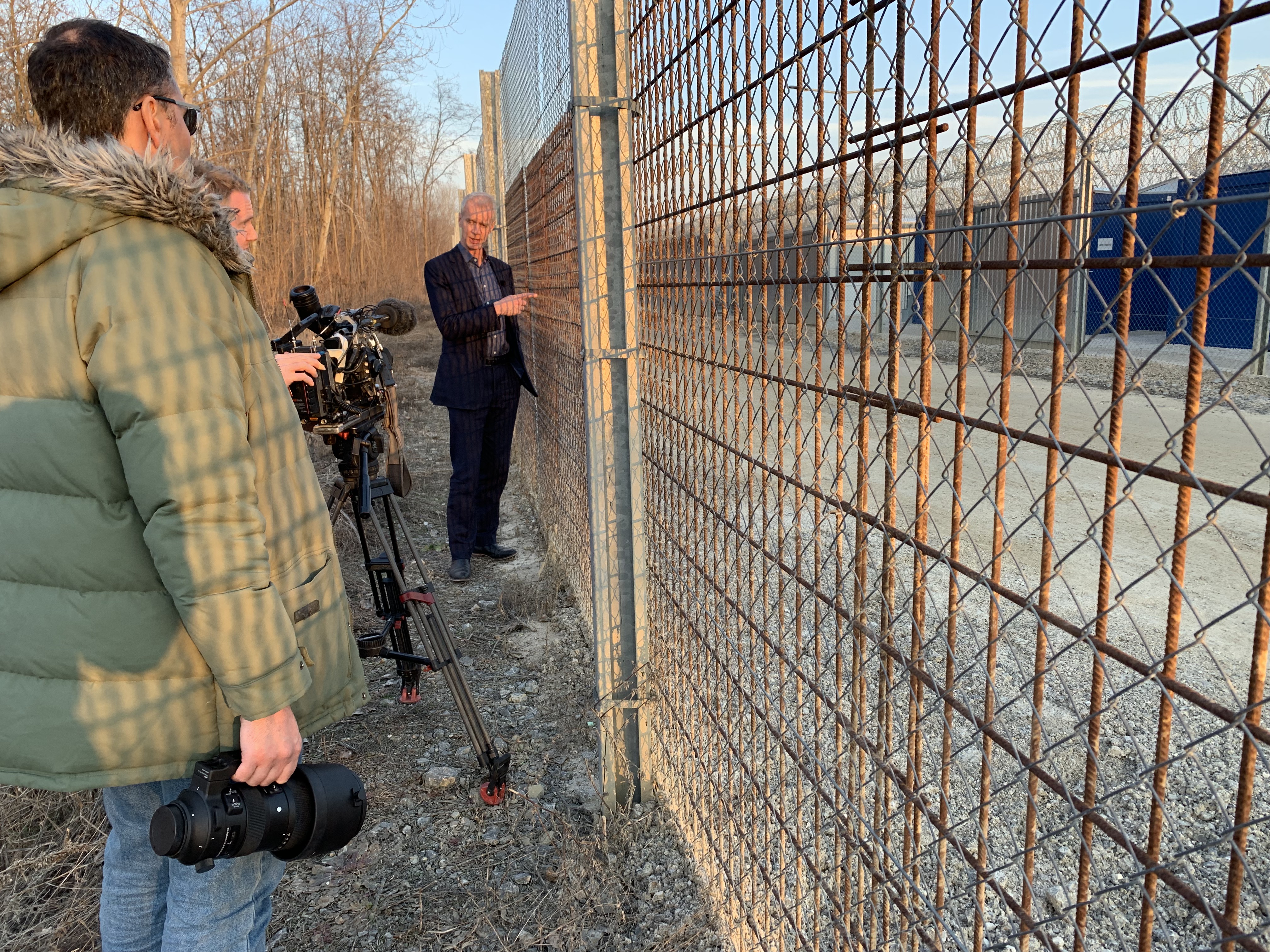 Hardtalk on the Road
BBC

“He didn’t say no to any our requests, he said ok, I will try, and after it he could fix everything very professionally and in unbelievable pace. We never would have been able to produce the Budapest episode of our series without the help of Gergely Varga and his Shooteasy Team. With his professionalism and solutions Gergely Varga and his team offered far above the norm of a good fixer.”
Toby Oppenheimer
Director/Producer
Anthony Bourdain: Parts Unknown

“Our program is known in the industry as one of the most demanding productions in the genre. This, of course, in addition to challenging logistics & a break-neck schedule. Shooteasy handled all of our requests with unfettered professionalism & positivity, exceeded all expectations. It is worth mentioning that every member of the team is much more than any one position suggests.”
Joe James
Senior Producer
Expedition Unknown

“Gergely worked well under pressure, filling every request we had no matter how challenging or last minute. In fact, I joked Gergely that I didn’t think the word “no” was part of his vocabulary, but I honestly feel that was the case. Gergely went over and above what we asked him.”
Rob Hammersley
Executive Producer
Karga Seven Pictures

“Gergely Varga was the best fixer I have ever worked with. He was completely organized and made my job so much easier than it was in other countries. He came with a top notch team of workers who were all experienced in production and eager to please.”
Baron Ambrosia
New York Emmy Awarded producer

“I have been producing US television series around the world for over 15 years and Gergely Varga is one of the very best fixers I have found. Budgets, creative, logistics... he does it all.”
Mike Gattanella
Emmy-winning producer
Booze Traveler

“The level of professionalism and quick solution ideas Gergely offered throughout our days was far above the norm here in Hollywood and invaluable to our production.”
Jeffrey N. Boggs
Executive producer
Tripaholics

“Gergely was utilized as a local fixer. I have nothing but positive things to say about Gergely, he was very professional and knowledgeable. We will definitely use him again on our future projects.”
Rudy Vegliante
Emmy awarded executive producer
Remember Us

SHOOTEASY is your best choice if you need a fixer’s help for your shooting/filming.

SHOOTEASY knows Hungary and Budapest extremely well, its associates and contributors have a wide range of experience and excellent professional networks, they can certainly be part of the creative process, and help achieve your goal: a perfect production. Do you need research, more information, location advice, or crew recruitment? A SHOOTEASY fixer will help you. We provide ideas and suggestion regarding who you should involve, either as a character in your production, or as a member of your crew.
We won’t say yes to unfeasible ideas (although we believe that nothing is impossible). And you will know the real costs of your shooting.

Of course, you need locations for your shooting. Please inform us about your ideas based on your script - or just give a verbal description - and we’ll suggest some suitable locations to you. If you need photos or clips about the suggested locations, we’ll provide them.

We have experience in television, film and internet productions, commercials, music videos, corporate films and photography alike. We can be part of your production from initial development to post-production.

From Hungarian, German, Turkish, French, Italian, Russian to English – or any other language, are also available and are at your disposal.

If you need an entire production crew or just a few crew members, we will recommend you the best Hungarian – or expat - professionals and/or hire them for your production.

We can also conduct/organize castings for your production, for any role.

SHOOTEASY can answer all the questions you may have about anything concerning your shooting, including locations, security, language and technical matters. Knowing the right people and how to speak to them in their own language is a crucial element in making the shooting process as smooth as possible. It will save you both time and money.

our fixer & producer in Athens (covers Greece, Cyprus and Italy)

10 million people live in Hungary. In the case of 95% of the population, the native language is Hungarian, a Finno-Ugric language unrelated to any neighboring language and distantly related to Finnish and Estonian. The main minority group are the Roma (3-6%). Other groups include: Germans (1.2%), Slovaks (0.4%), Croats (0.2%), Romanians (0.1%), Ukrainians (0.1%), and Serbs (0.1%). For historical reasons, significant Hungarian minority populations can be found in the surrounding countries, most of them in Romania, Slovakia and Serbia. Today, two million ethnic Hungarians live in neighboring countries.

Parliamentary democracy. Most of the powers are exercised by the head of the government, the Prime Minister. The single-house parliament is elected for 4 year terms. The most recent parliamentary elections were in 2018.

Dr. Viktor Orbán,  since 2010, a conservative, who is the chairman of the Hungarian Civic Alliance (Fidesz). His party is in alliance with KDNP (Christian Democratic People's Party).

Traditional Hungarian dishes are primarily based on meats, seasonal vegetables (paprika, onion and tomato), fruits and fresh bread. Recipes are based on centuries’ old traditions related to spicing and preparation methods.

- Hungarian companies, registered with the National Film Office (NFO) are eligible to apply
- Foreign companies should conclude coproduction or service agreements with Hungarian registered company
- Production has to be registered at NFO
- Start of filming has to be reported to NFO

- All the direct film production costs are eligible except those excluded by the film law; other costs are limited by the law (see below)
- The producer is free to spend 20% of the budget outside Hungary without suffering a reduction in the amount of the incentive. This means that not only the spend made to Hungarian taxpayers will qualify, but also some of the services provided by foreign taxpayers - up to 20% of the total production budget. (Consequently 30% of the Hungarian spend will be refunded)

- Total state subsidies shall not exceed 50% of the production budget, or
-in case of co-productions 50% of the Hungarian contribution,
-in case of low-budget films and films produced in Hungarian language the extent of subsidies is 90%,
-in case of documentaries, animation, shorts, experimental films etc. - 100%